Gambling operator, Crown Resorts Ltd. is taking the Australian Tax Office to court this month. The move is in a bid to block a whopping AU$362 million tax bill that the government wants to levy from the resort. The tax bill comes as part of Crown’s halted attempts to expand in Las Vegas and other countries. Read on.

In 2007, Crown Resorts had agreed to purchase Vegas’s Cannery Casinos for AU$2.36 billion and other North American investments. Cannery Casino Resorts included four casinos in Nevada and western Pennsylvania. However, the company failed to expand after a global economic downturn kicked in. Crown then paid a AU$67.49 million fee to terminate the initial deal and renegotiated a 2.5% stake.

Again in 2014, Crown Resorts attempted to expand its footprint in America by acquiring the site where the New Frontier was sitting at the Las Vegas Strip. The company had planned to build a US$1.6 billion to AU$2.56 billion integrated resort – Alon Las Vegas. However, late in 2016 Crown was forced to retreat from the expansion and as well as other plans to expand in East Asia after more than a dozen of the casino staff were accused and jailed for promoting gambling in mainland China.

For such reasons, Aussie’s taxman demands a substantial AU$362 million levy from Crown Resorts. However, the James Packer-owned group of casinos has been disputing the bill since.

Crown Resorts will challenge the decision of the Australian Tax Office in Melbourne on August 31st. The case will center the tax deductions which are linked with Crown Resorts’ purchase of Cannery Casinos and the other investments detailed above.

The company argues that “it has paid the correct amount of tax and intends to pursue all available avenues of objection (including, if necessary, court proceedings)”. This was mentioned in the annual Crown Resorts report last August. 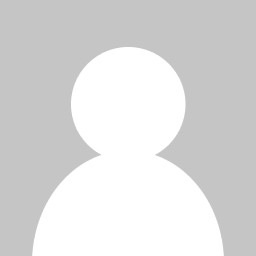 If you’re looking to play at Australian online casinos using Bitcoin, it is helpful to know the difference between a Bitcoin casino and a Bi...

How to Play Wheel of Riches