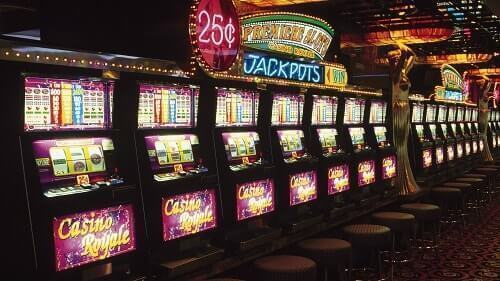 Crown Casino has found itself in hot water once again after a video showing the casino giving players unrestricted pokie access to games with an increased spin rate has emerged. This a casino game function that is heavily regulated in the state of Victoria. Gambling regulations in the state require that all pokie machines make use of spin rate that is at least 2.14 seconds and no faster.

When these laws were first introduced, Crown Casino was provided with a special exemption that allowed the establishment to operate a limited number of unrestricted machines. These machines could also only be accessed by particular players. In response to these allegations, many have called for the Victorian Government to end the Crown Casino’s exemption from the law.

In order for a player to receive access to Crown’s unrestricted pokie machines, they need to sign up to Victorian gambling system called YourPlay.

YourPlay is an initiative that was created in 2015 to reduce problem gambling. With the system, players are able to select a pre-determined cash limit to their gaming session. They can also select whether or not they would like to play at machines exempted from state restrictions.

The player who is partially responsible for helping make the video in question stated that he only realised that he was able to play unrestricted pokies by accident. Upon discovering this knowledge, he decided to test this feature and ultimately landed up losing AU$100 in seconds.

These new claims come amidst allegations that Crown Casino had already been promoting bad gambling habits. Previously it was stated that the casino had been supplying gamblers with plastic picks to jam buttons resulting in reels spinning continuously.

Prior to that Crown Casino had already received a AU$300 000 from the Victorian Commission for Gambling and Liquor for removing particular bet options from machines.

At this moment, it is unclear what repercussions Crown Casino may be facing for this latest scandal as nothing has yet been stated by state authorities. However, for all future updates on the never-ending Crown Casino scandal, be sure to keep it here at Sun Vegas Casino.

Indigo is an online casino writer and writes in her free time on SunVegas Casino.

In case you missed it, Aussie Millions is presently in full swing. The annual mega-poker event at the Crown Casino in Melbourne is in its se...

Game of the Week – Kong’s Temple

Kong’s Temple is the latest 5-Reel, 25 payline online pokie from Blueprint. It offers a jungle temple theme with one of the most iconic movi...